2011 NATHPO TESTIMONY FOR U.S. SENATE COMMITTEE ON INDIAN AFFAIRS On June 16, 2011, the Senate Committee on Indian Affairs held an oversight hearing on NAGPRA and other repatriation laws. NATHPO's written testimony 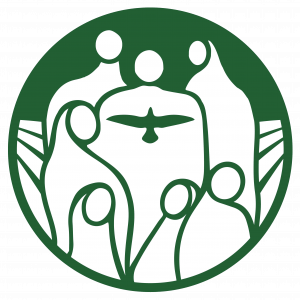 2021 NATHPO Letter NAGPRA Regs 43 CFR 10 Proposed 2021
In 2021, NATHPO reviewed the draft proposed revisions to the NAGPRA regulations that were released by NPS on July 9, 2021, and encouraged DOI to begin tribal consultation on the proposal in advance of a rulemaking. We thank DOI leadership for acknowledging this request and during the consultation period, shared both our own NATHPO comment letter and a template letter for tribal use. Of particular note was the Interior Department’s inquiry regarding organizational placement of the National NAGPRA Program. See NATHPO letter for full explanation.

2012 NATHPO COMMENTS ON PROPOSED NAGPRA REGULATIONS RULEMAKING
In 2012, NATHPO reviewed the proposed revisions to the NAGPRA regulations that were published in the Federal Register on April 18, 2012 and shared this information with THPOs and Tribal representatives in a timely manner. Of particular note was the Interior Department’s change to the Authority section of the NAGPRA regulations even though the Federal Register notice states that the proposed rulemaking was limited to minor inaccuracies or inconsistencies. See NATHPO letter for full explanation.


2010 NAGPRA REGULATIONS FOR 43 CFR PART 10
NATHPO provided THPOs and tribal representatives an initial review of the publication of the 43 CFR Part 10 (specifically 10.11), “NAGPRA Regulations-Disposition of Culturally Unidentifiable Human Remains; Final Rule with request for comments, Monday, March 15, 2010, 75 FR 12378.” This rule became effective May 14, 2010 (public comments due by May 14, 2010). The document is 28 pages, the last 4 pages of which are the actual regulatory changes, and the rest is preamble.

2005 NATHPO CELEBRATES 15TH ANNIVERSARY OF NAGPRA
In November 2005 NATHPO commemorated the 15th Anniversary of the Native American Graves Protection and Repatriation Act (NAGPRA) in Albuquerque, New Mexico. NAGPRA directed federal agencies and museums in receipt of federal funds to work with Tribal governments in returning Native American human remains and certain cultural items. Prior to this Act, collection of human remains, sacred items, and objects of cultural patrimony were collected by various means and Native people were disenfranchised from asserting their rights to reclaim ancestors and cultural items. NATHPO convened a National Meeting of Tribal representatives to discuss how NAGPRA has served their communities, as well as highlight some remaining challenges. NATHPO also coordinated an evening reception at the Indian Pueblo Cultural Center on November 16, 2005, which was the 15th anniversary of when the Act was signed into law (November 16, 1990). The National Park Service National NAGPRA Committee Meeting met in Albuquerque on November 16-17, 2005.